Dave Richards: “Chiller manufacturers are moving quickly in the right direction and already have a number of low GWP options available to them”

In the light of the worldwide phase-down of high GWP refrigerants, Dave Richards, UK head of sales at refrigerant supplier Climalife, looks at the various options available for HVAC chillers.

There are many different types of chiller, however in terms of refrigerant they can be split into three types: low, medium and high pressure.

While legislation is driving and influencing the choice of refrigerant, from a European perspective the F-gas legislation has not implemented any bans for chiller applications as they have not used refrigerant with a GWP >2500. However, the European F-gas phase down and similar reductions under the global Kigali Amendment will have a profound effect on the choice of refrigerant used in new chillers in the next few years.

Historically these originally used the CFC R11 which was replaced by the B1 safety class HCFC R123, but legislation meant this type of chiller declined in use, although non-ozone depleting R245fa was used in some equipment. More recently these low pressure chillers have started to make a comeback with the use of very low GWP R1233zd (GWP 4.5), an A1 safety class single component refrigerant for use in new equipment and R514A (GWP 7), an azeotropic B1 safety class refrigerant blend. R514A can be used in both new equipment or as a non-ozone-depleting retrofit in existing R123 chillers. 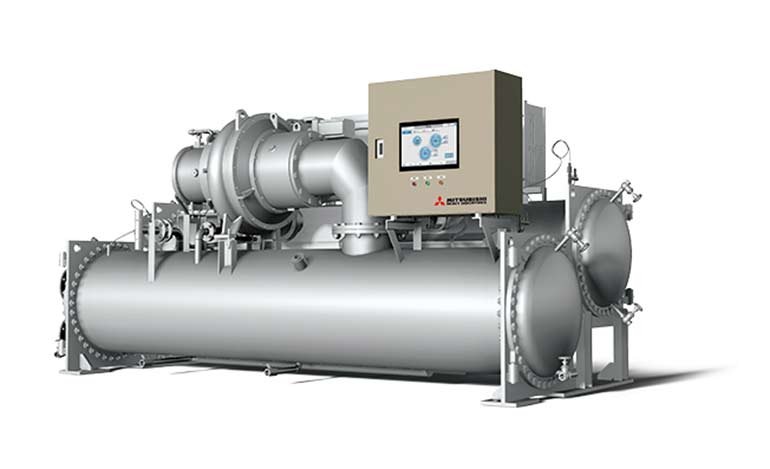 This sector has been dominated by R134a since it was introduced back in the early 1990s as a replacement for the CFC R12. R134a has been used extensively in chiller applications, mainly in the larger end of the chiller market with equipment manufacturers still offering a range of equipment with R134a as the primary option.

Whilst R134a has a GWP of 1430 and isn’t subject to any current bans in the EU, there are already lower GWP alternatives readily available. Many of the leading manufacturers of chillers produce a range of air-cooled, water-cooled and remote condenser chillers that have a wide range of cooling capacities from 20kW up to 2MW most now have lower GWP options available.

R513A, a non-flammable refrigerant with a GWP of 631, has been quickly adopted by a number of manufacturers and can easily be used for retrofitting R134a systems, with very similar cooling capacity and performance.

R1234ze, a single component HFO with a GWP of 7, has been available since 2012 for use in new equipment. While it is suitable for applications where R134a was previously used, it is not suitable as a retrofit due to its lower cooling capacity. Also, while it offers a better energy efficiency than R134a, it is classed as A2L under the ASHRAE 34 and ISO 817 standards.

R515B was new blend introduced to the market in 2020. Predominantly R1234ze(E), with the addition of just a small amount (8.9%) of R227ea, it has been described as an A1 (non-flammable) version of R1234ze with almost identical performance characteristics. It has a GWP of 293 and is for use in new equipment. Again, it is not a retrofit option for R134a as the capacity difference is too great for most applications. 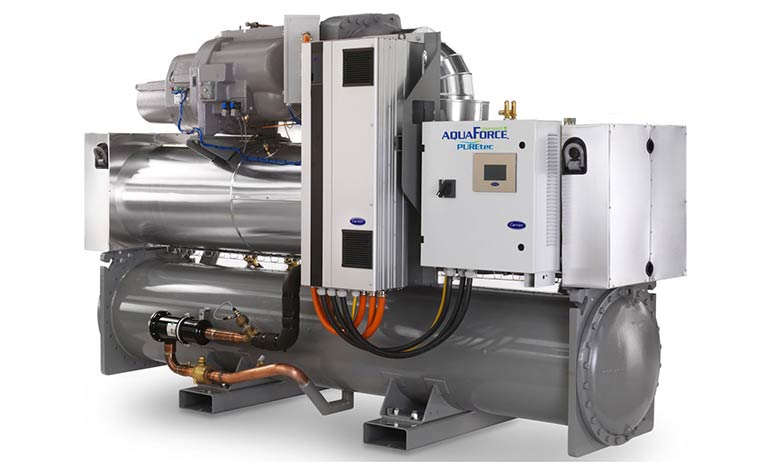 R1234yf is already in widespread use in the automotive sector and is another single component HFO with a very low GWP (4) and therefore can be considered a long-term sustainable refrigerant.

Some chiller options are available for use with R1234yf which in terms of performance is very close to R134a. It is an A2L lower flammability refrigerant ideally suited for use in new equipment.

Under the Pressure Equipment Directive (PED) R1234yf is in fluid safety group 1. Although retrofitting from R134a may be possible, any changes to the equipment PED classification need to be thoroughly considered as well as charge size restrictions from EN 378 and a suitable risk assessment will be required, which takes into account any possibility of the formation of flammable zones.

Neither R1234ze nor R1234yf come under the F-gas phase down meaning they provide an unrestricted solution as the phase down tightens on higher GWP refrigerants in the years ahead.

Over the last 15 years the use of R410A in chillers has grown significantly, however with a GWP of 2088, it is not sustainable in new equipment as the F-gas phase down steps impact. The leading contenders are currently R454B and R32, all of which are A2L classified refrigerants. Although some are looking at the options of the medium pressure refrigerants mentioned above.

R454B with a GWP of 466 appears to be currently leading the way with a number of manufacturers as it is a close match to R410A in terms of operating performance and properties and has the lowest GWP. We are seeing an increasing number of chiller manufacturers making this option available to the market. 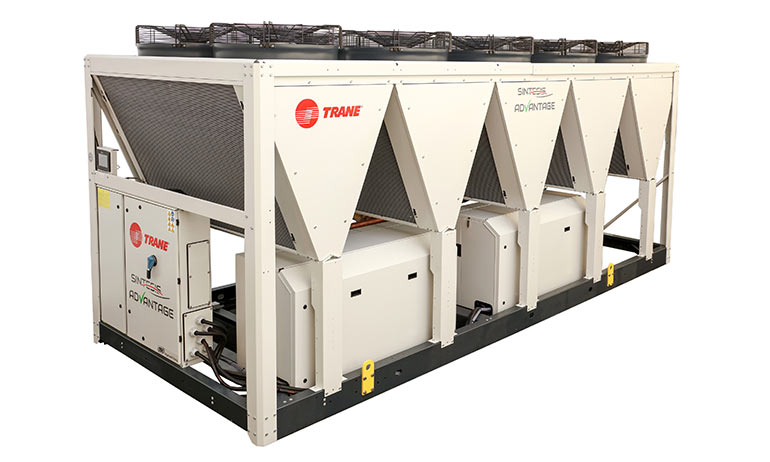 R32 with a GWP of 675 has seen rapid growth as a replacement for R410A in split AC systems and we are now starting to see some chillers coming to market with R32. The properties of R32 has meant that more equipment redesign may be required by equipment manufacturers.

Other refrigerants worthy of a mention are R290 (propane) and R717 (ammonia). Some manufacturers are offering HVAC systems using R290 but the requirements for using an A3 highly flammable refrigerant can be a little more restrictive than using a lower or non flammable option.

Whilst EN 378 does not restrict charge sizes if the system is in the open air, suitable risk assessment taking into account the potential formation of flammable zones is required and likely to be significantly more restrictive than using a lower flammability option.

The use of R717 is widespread in industrial chillers where the toxicity and flammability can be more easily managed but is rarely seen for general HVAC applications.

The uptake of flammable refrigerant in some countries is affected by building regulations, but chillers are often roof-top-mounted, making the use of the low GWP A2L refrigerants a little easier.

Looking to the future

Changing the refrigerant used in chillers is not always a quick process as it must meet a range of criteria, such as operating at the desired pressure and temperature, provide the correct levels of cooling and be more energy efficient than its predecessors.

New chillers installed now need to be viable over their lifetime, which can be 20 to 30 years, so it’s important to choose a chiller that uses a sustainable refrigerant. The chiller manufacturers are moving quickly in the right direction and already have a number of low GWP options available to them to be able to meet the restrictions F-gas legislation creates. There are many leading manufacturers that have released or are releasing equipment that is high performing, energy efficient and cost effective with the use of low GWP refrigerants. These offer a long-term solution in order to future proof a buildings air conditioning system and to take steps towards tackling the pressing issue of climate change.