The driving range per charge figure is a main selling point for EVs, even if not everyone absolutely needs the max amount in their daily routine. It’s one of those “the more the better” things. To stay competitive, Opel (Vauxhall in the UK) has announced increased range for the battery-powered Mokka-e SUV and the Corsa-e hatchback, which first surfaced in June 2020 and May 2019 respectively.

The Stellantis brand says that continuous development of the two EVs has yielded significant increases in the driving range, not only in the official WLTP cycle but also in the real world.

The Corsa-e can now cover up to 359 km according to the WLTP, an increase of around 7%. Meanwhile, the range of the Mokka-e has increased to 338 km in the same cycle, up from the previously quoted 320 km. Both cars have a 50 kWh battery. 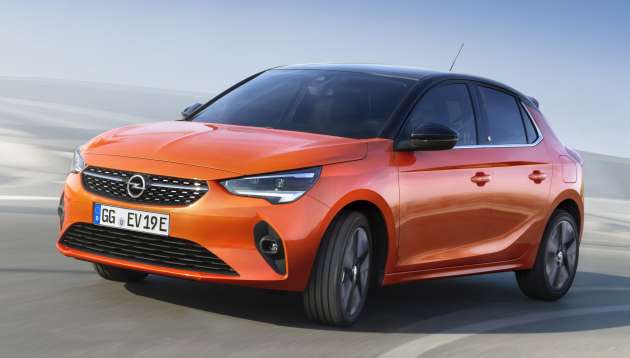 Opel attributes the range increase to a couple of factors, starting with the optimisation of the HVAC (heating, ventilation, air conditioning) and propulsion systems.

The efficiency of the heat pump, which warms and cools the interior, is now higher. Heat pumps are more efficient than conventional HVAC systems, as they require less energy from the battery, to the benefit of driving range. Customers will notice the improvements particularly when driving in the winter months, Opel claims.

Additional contributions to the range hike are made by the new transmission reducer and A+ rated 16-inch (Corsa-e) and 17-inch (Mokka-e) tyres.

For context, the Hyundai Kona Electric – which is a direct rival to the Mokka-e in Europe – does 305 km on a single charge for the 39.2 kWh model, and 484 km for the 64 kWh version. The Kona Electric was launched in Malaysia last month; with the Budget 2022 import and excise duty exemptions factored in, prices start from RM150k – full report here.

The Corsa-e and Mokka-e are part of Opel’s nine electrified vehicle lines on the market, including light commercial vehicles (LCVs). The brand’s product portfolio will be fully electrified by 2024 and Opel will focus entirely on EVs in Europe as of 2028. By the way, the Mokka was recently spotted testing in Malaysia, which is now Stellantis’ ASEAN hub, having taken full control of Naza’s Gurun plant.