It’s time once again for the annual meeting of the G7, where heads of state and government of the world’s seven leading industrialized nations gather to talk about global affairs.

Each year, the location alternates between the participating countries: Germany, France, Italy, Japan, Canada, the United Kingdom and the United States. The last time it was held on German soil was in 2015 at Schloss Elmau. Now, once again, the G7 returns to the very same place. In fact, the hotel was designed to hold just such a prestigious event and there are many reasons why it works.

Firstly, thanks to its location in the very south of Germany close to the Austrian border, Schloss Elmau is both beautiful and remote. “There are few places in Germany that can be protected as well as Schloss Elmau, which is very secluded but also not too far from Munich,” owner and hotel director Dietmar Müller-Elmau told DW. Munich is just an hour-and-a-half drive north, so arrivals and departures by car or helicopter are quick.

As shown by the bare patch, guests like to take photos on the bench where then-US President Barack Obama sat in 2015

The hotel, built between 1914 and 1916, could tell many stories if it were able to speak. It was shaped by its builder Johannes Müller and his worldview.

The philosopher, writer and theologian had an ambivalent relationship to the Nazi regime. On the one hand, he spoke out against antisemitism, and on the other hand, he saw Adolf Hitler as a “God-sent leader.” After World War II, Müller was convicted by the Allies in denazification proceedings because of his “glorification of Hitler in speech and writing,” and the castle was confiscated by the US army.

After successfully appealing against Müller’s conviction by the denazification court, Müller’s children became the owners in 1961. Today, the castle belongs to Dietmar Müller-Elmau, a grandson of Johannes Müller. He has always been committed to German-Jewish exchange and trans-Atlantic relations, so it’s not surprising that there have been many political meetings at the castle. Some of them have been kept secret until today. 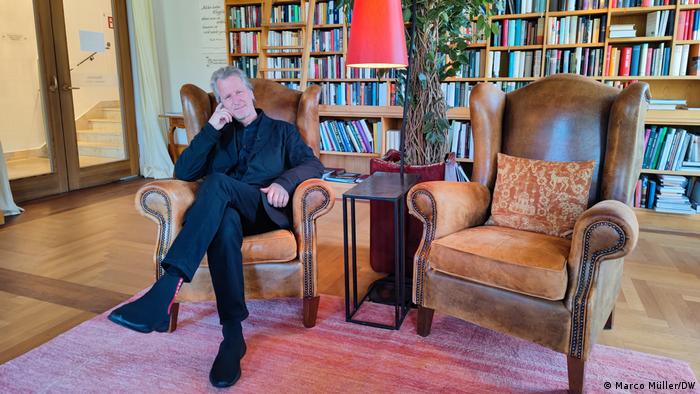 Dietmar Müller-Elmau, the owner of the castle, said numerous secret meetings have taken place in the library

The hotel was heavily damaged in an August 2005 fire, and reconstruction took until mid-2007. The refurbished hotel won many accolades, and became known as one of the world’s finest accommodations. The hotel’s main building, The Hideaway, has 115 rooms and suites and is named as such because there are so many secluded areas in the common spaces where one can find privacy.

Müller-Elmau, however, had a further ambition — to create a hotel that would be perfect for a G7 summit. So he build another hotel just 100 meters (around 330 feet) away from The Hideaway, aptly naming it The Retreat. This hotel within a hotel, so to speak, is smaller, more intimate and has identical large suites so no head of state feels disadvantaged. It opened in 2015 and was inaugurated with the 2015 G7 summit — talk about a grand entrance into the world of hospitality. 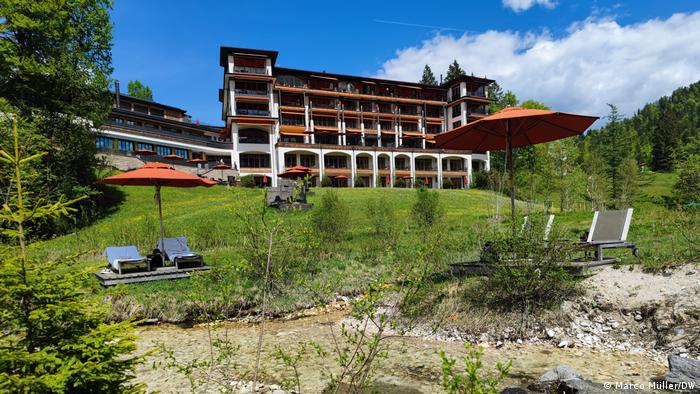 To hide or to retreat

What makes the hotel perfect for hosting heads of state is its intimacy. “They eat together and swim together. They essentially live in a small hotel with 47 rooms. Everyone has five rooms, and then a few others for their use. The rest of their staff lives in the castle and that’s perfect that they have a house for the world leaders and a house for the staff,” said Müller-Elmau. 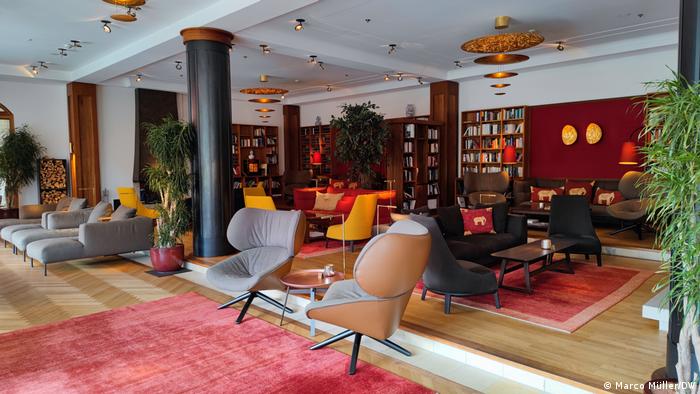 Yet, the hotel’s amenities can be enjoyed equally by all guests — not only the rich and powerful. In fact, Schloss Elmau has several spa areas, half a dozen pools — both indoor, outdoor and on the rooftop. There’s also a large Oriental Hammam where guests can relax, chat and drink tea or get a massage. Bookworms can also spend the day reading in two libraries, or buy their own books in the hotel’s bookstore. 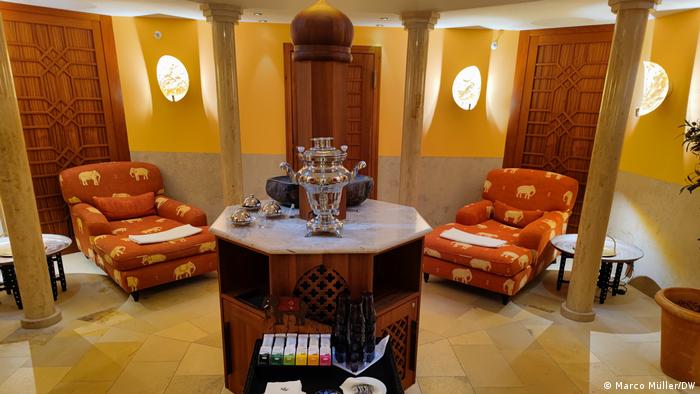 The spacious hammam also has a tea room. Cheers!

Foodies will also be in heaven, as there’s a wide variety of dishes to chose from in the hotel’s nine restaurants. The most lauded is Luce d’Oro, which has earned two Michelin stars. Eight-course menus start at €249 ($263).

In an unusual move for a luxury hotel, Schloss Elmau does not have air conditioning. Instead, The Retreat uses a pollution-free cooling unit, but it only creates only a minor temperature difference. In The Hideaway there is no air conditioning at all — apart from the fresh mountain air, of course.

The hotel is proud of its sustainability concept, and has incorporated it in many aspects of its operations. It’s the reason that plastic packaging is not used in the rooms, for example. “Cosmetic products are taken from 5-liter pump dispenser bottles, which we use to fill 300-milliliter porcelain bottles,” said Christian Scheler of the hotel’s management team. Snacks like candy or nuts are served in glass jars, which can be taken to organic stores around Germany and be recycled for a deposit. 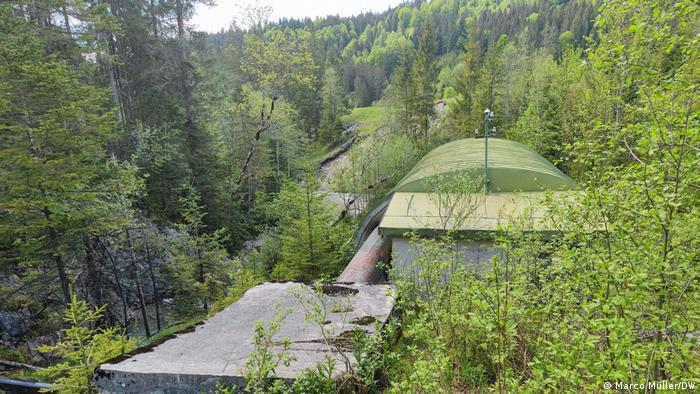 Around 20% of the electricity is supplied by the hydroelectric power plant on the stream that flows over the property; the rest is green electricity provided by a utility company. The hotel is also fueled by a combined heat and power plant that is largely heated by wood waste. A second will be added at the end of the year and at that point gas will no longer be used. If another G7 summit takes place at Schloss Elmau in seven years, it’s likely to be even greener.

This article originally appeared in German.