Mitcham residents are furious at plans to make them pay to repair housing they say doesn’t meet ‘basic human rights’.

Heating outages, leaks and mould have plagued The Meadows housing complex since it was opened in 2012.

A 2015 report found the 212-apartment estate was built with major defects, including water system parts fitted upside down.

Development owner Notting Hill Genesis (NHG) is planning to make residents with leasehold contracts pay part of the bill for repair work, which could range into hundreds of thousands of pounds.

Resident Scott Ive said: “We sort of take it for granted in this country that you get hot water when you want it, which obviously is a basic human right in a country that’s supposed to be a first world country.

“I don’t see why [we] should pay for their failings in not getting adequate equipment.”

Mr Ive said he frequently has freezing cold water and a lack of heating, leaving his family unable to bathe, since moving into The Meadows in 2013 .

“We’re boiling pans at six o’clock in the morning and then waiting for the kids to get up, getting them ready for school as well,” he said.

The outages, leaks and mould were so bad in 2015, NHG gave residents £750 compensation rather than charging them for repairs, though problems continue.

As recently as January 2020 there were site-wide water outages that forced NHG to deliver hundreds of water bottles to residents.

NHG commissioned a report into the issues by Silver Energy Management Solutions in 2015, but only shared it with residents this year.

Anthony Ewers (pictured), chairman of the Meadows Residents Association, said: “I was absolutely shocked to read it. The system has inefficiency built in.”

It also found that pipes carrying water through the complex were fitted incorrectly, causing frequent leaks. 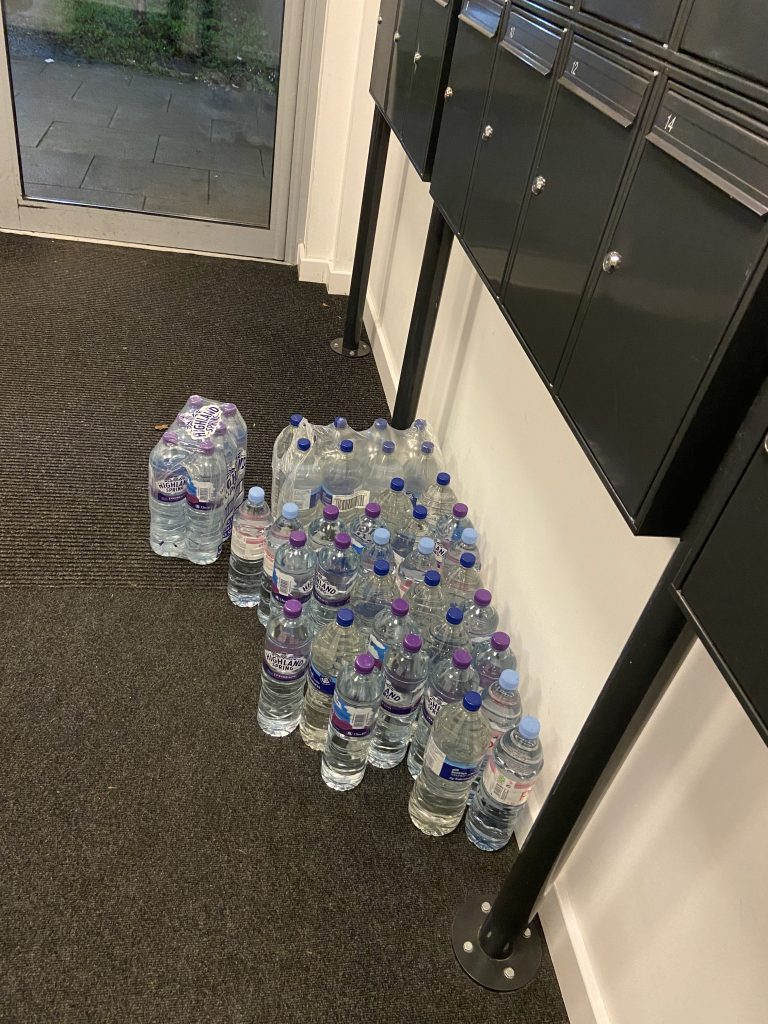 Mr Ewers continued NHG claimed they had sorted the problems, but he realised they had not carried out the report’s recommendations:

“I’ve gone back to [NHG] and said, look – why haven’t you done something about this?”

NHG said: “We have provided the previous report to residents in the interests of transparency, but we do not automatically implement all recommendations. It is being discussed as we formulate our programme of work.”

Arguments over whether residents with leasehold contracts or NHG are legally responsible for replacing the HIUs, which can each cost over £1000, hindered them being replaced so far.

But NHG recently agreed to replace the worn-out units and said they would refit the central boiler room that supplies water to the whole complex at a residents meeting held on 27 July this year.

However residents are angry that the terms of their leasehold contract mean they could still have to pay part of the cost of the repairs through their service charge. 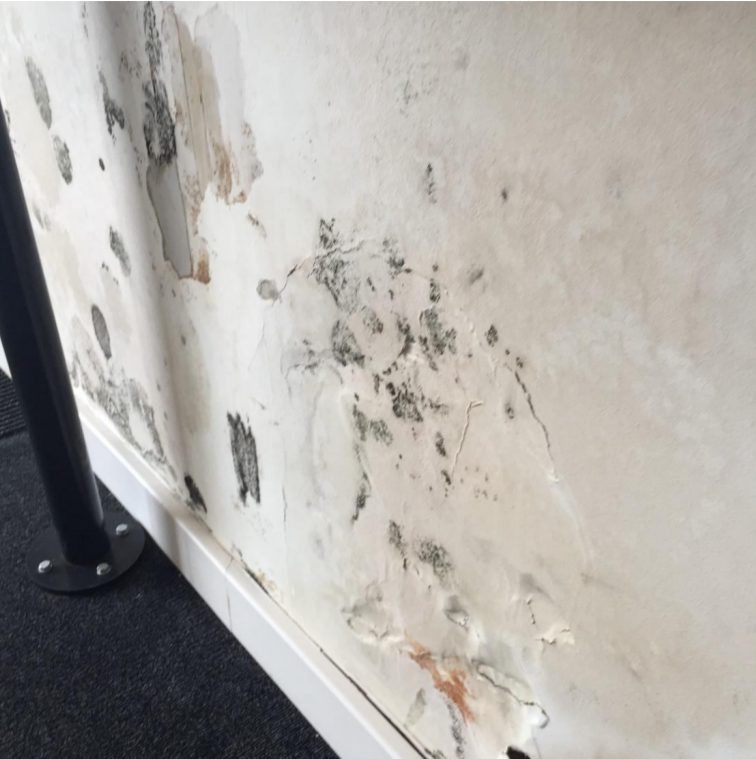 Mould on the wall of Meadows entrance lobby in 2016 – Credit: Anthony Ewers

Mr Ewers said Allenbuild, the original builders of the development, should pay for the replacements instead, as NHG confirmed the builders ‘signed a contract by deed’ which normally means they are liable for buildwork faults for 12 years.

NHG said they believe the works aren’t related to problems in the original build but are keeping this under review and will “explore whether any costs can be claimed back due to defective workmanship.”

They continued the charges will be lower than if residents had to replace HIUs themselves.

Mr Ewers said: “It’s often simpler for them to just get something done and charge the residents rather than to look at the root cause of why something’s happened, investigate, and actually go to the person who’s at fault and get them to remedy something.”

Residents have complained of opaque and rising service charges through the years, with Mr Ive saying he pays about £30 a month, Mr Ewers £1300 a year, and others with bigger flats potentially paying more, despite the frequent issues.

The Residents Association plans to raise money for a management audit, which allows leaseholders to appoint auditors to check a landlord’s service charge is justified by the services provided. 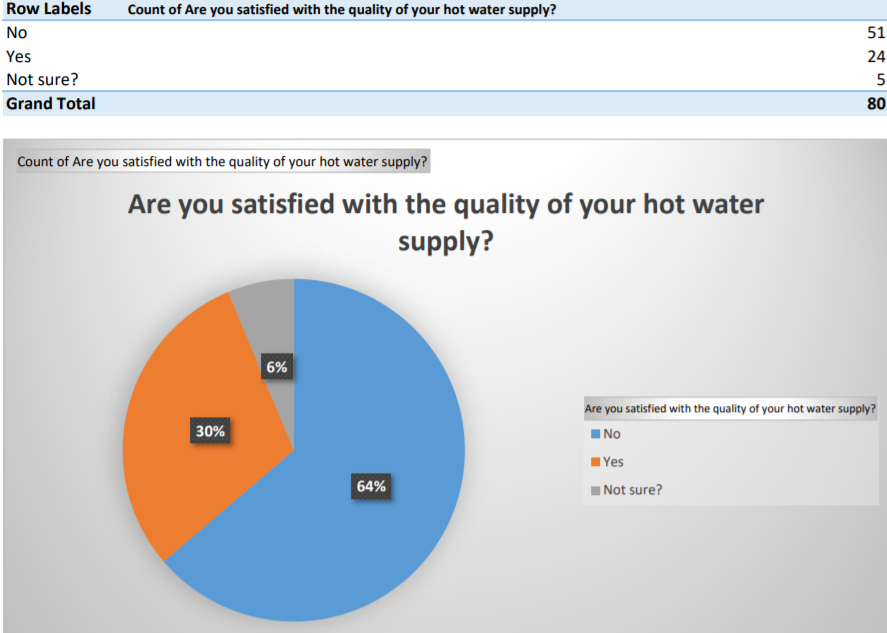 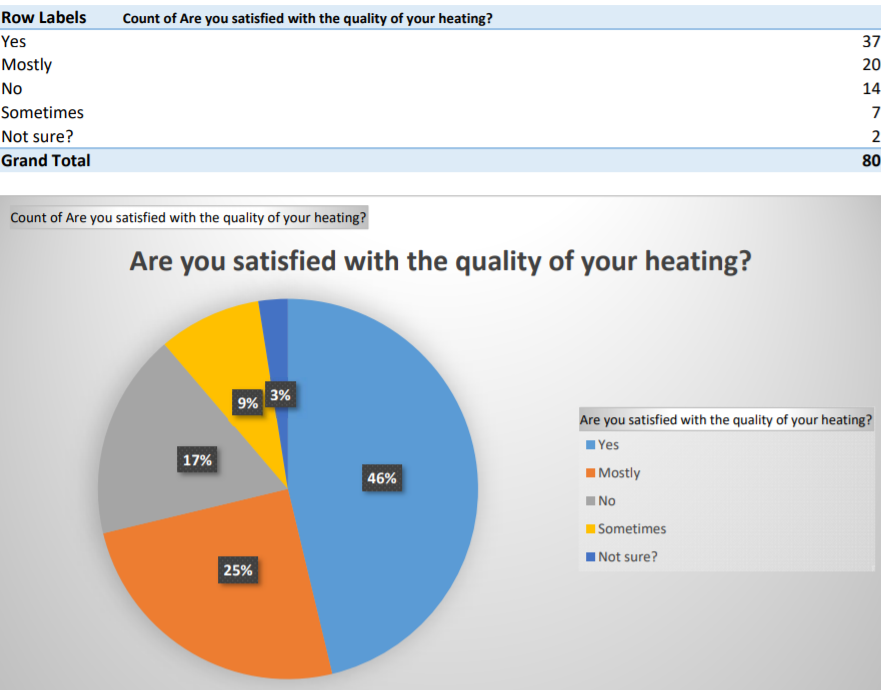 Ms McDonagh said she has frequently written to NHG regarding problems with The Meadows’ heating system and ‘erratic’ service charges, holding meetings with NHG and residents.

“I think [NHG] bought something they haven’t designed themselves. And it took them a very long time to become aware that the system was faulty,” she said.

“If you’re a resident without heating, hot water, or with leaks in your flat, you want something rightly done very quickly.

“But it’s clearly taken [NHG] some time to understand the nature of the problem, and just how big it is.”

An NHG spokesperson said: “We are sorry for the ongoing issues with heating and hot water at The Meadows and recognise the impact it is having on our residents.

“We are seeking to take back responsibility for the HIUs as our heating consultants believe this is the best option to successfully maintain the entire system and ensure better efficiency and lower costs.

“Each year we consult with residents on setting the service charge and provide clear information about the costs involved in running the buildings. We believe this produces reasonable and consistent charges, all of which are itemised and can be challenged if residents feel they are inaccurate.”