As the weather in Malaysia can be scorching hot at times, the air conditioner is always our “best friend” in need.

Recently, Xin Foong Air Condition Enterprise, which is based in Ipoh shared a conversation between them and a 15-year-old teenager who wanted to make her mom happy by fixing a dysfunctional air conditioner at home. But the innocent girl had no idea how much air-cond repair costs.

“How much is the repair fee? Will it be more than RM50?” the teenager asked.

The man was unable to quote a price as he wanted to know more about the damage. However, the teenager simply told him that she only had RM50 but she still wanted to fix the air-cond for her mom.

She revealed that her mom was also tight on cash and her father was not with them.

“The aircond isn’t working and all of us feel so hot every night. It will cost us RM400 to fix it but we don’t have the money,” she expressed. 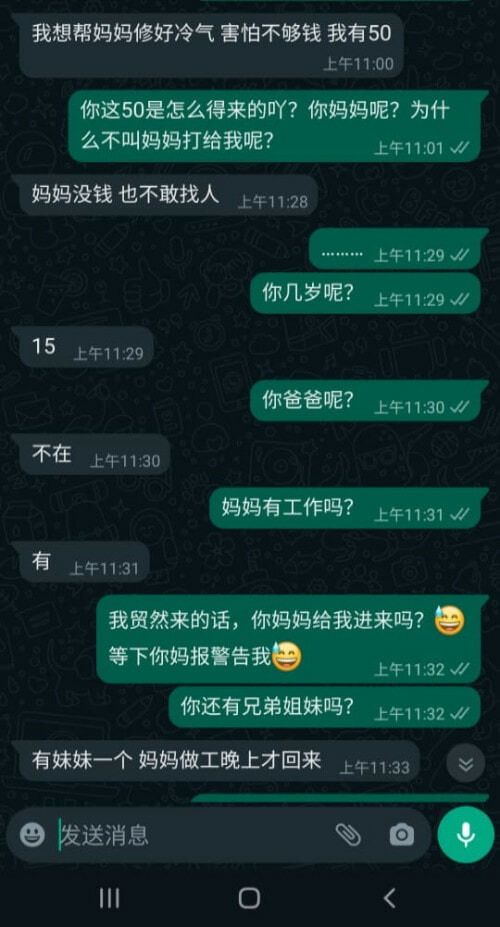 The man immediately asked for her address to fix the air cond. The teenager once again sought reassurance by asking, “it won’t be more than RM50, right?”

“You are so adorable. Don’t worry, just give me the address,” the man responded. 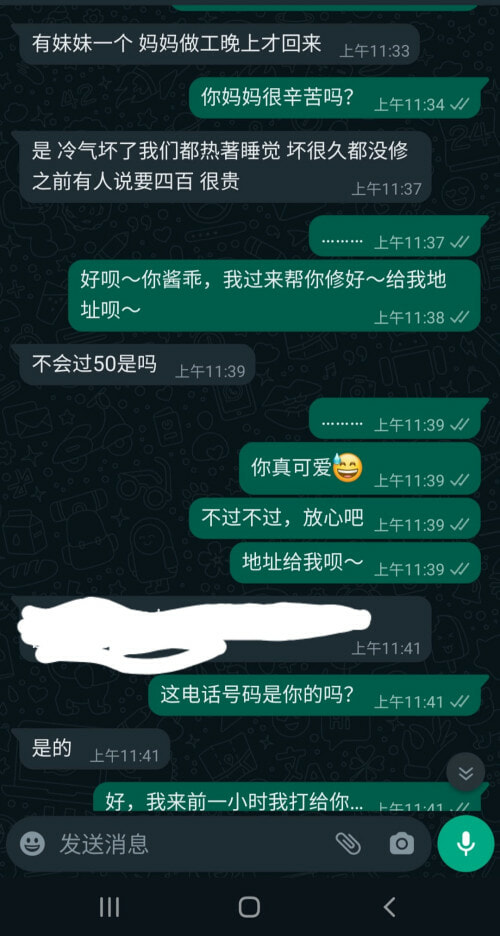 He told her that he would be there the next day if not on the same day and that he would contact the girl an hour before heading to her house.

The air-cond was eventually fixed! 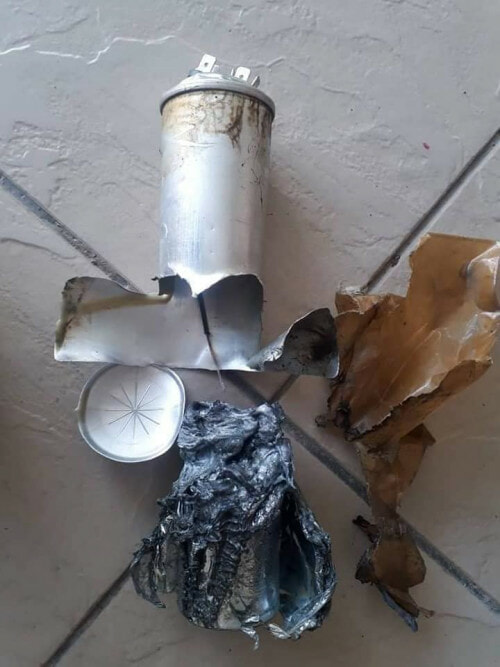 In his caption, the man jokingly stated the teenager shouldn’t have asked for people to come over and fix the air-cond if she did not have enough cash. However, he was willing to help the family solve the issues by giving the air-cond its long-overdue repair, which he did not charge her anything.

“Keep your RM50 for your own use. My mission is over. I’ll see you again if fate permits,” he said.

He also said that the mother must be proud to have such a filial and loving daughter.

It was truly generous of the man to not ask for any payment from the family. Not only that but it was also sweet of the daughter to discreetly help ease the burden of her mother! 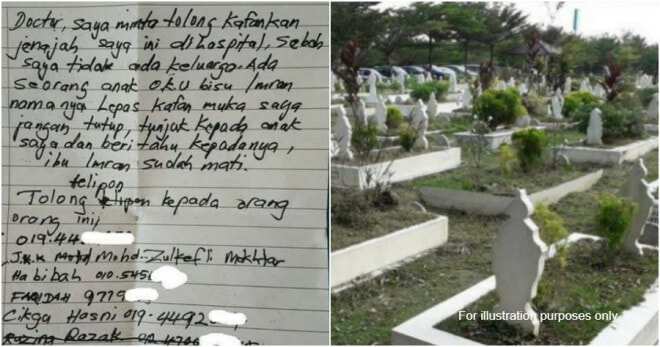 Home repair fear? Here’s how to keep maintenance costs down with regular upkeep